The two images are annotated snippets of the star field from a recent attempt to record the occultation of 2UCAC 33330361 by the asteroid (418) Alemannia , from my location in Gardnerville, NV. The star 2UCAC 33330361 is 12.5 magnitude and located in Pisces. The asteroid (418) Alemannia is approximately 40km in diameter with a visual magnitude of approx. 14. The occultation event was predicted for Sunday, December 1st at 05:53:14 (UT) +/- 7 seconds. My location was about 40 km south of the predicted shadow center-line, and just outside the predicted shadow. The snippets are recorded at a sense-up of X64, at approximately 20 minutes before and 20 minutes after the predicted occultation. The actual occultation recording was made at X8 to improve timing accuracy. Magnitude drop was predicted to be 1.9 to 2.2 mag.
The path of the asteroid is from right to left in the images. Alemannia, at mag 14, can clearly be seen in the images as it approaches the predicted target star. Both the star and asteroid are also represented in the adjacent light intensity graphs from LiMovie.
Although the visual path of the asteroid appears to be directly toward, and away, from the target star in these images, an occultation event was NOT recorded from my location. James Bean recorded the same event in Carson City, and was within the predicted shadow. He also, did NOT observe an occultation. 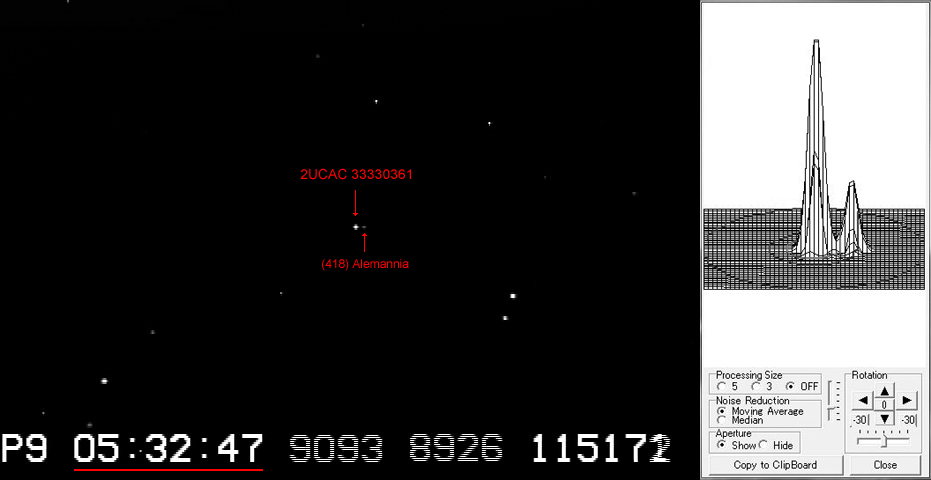 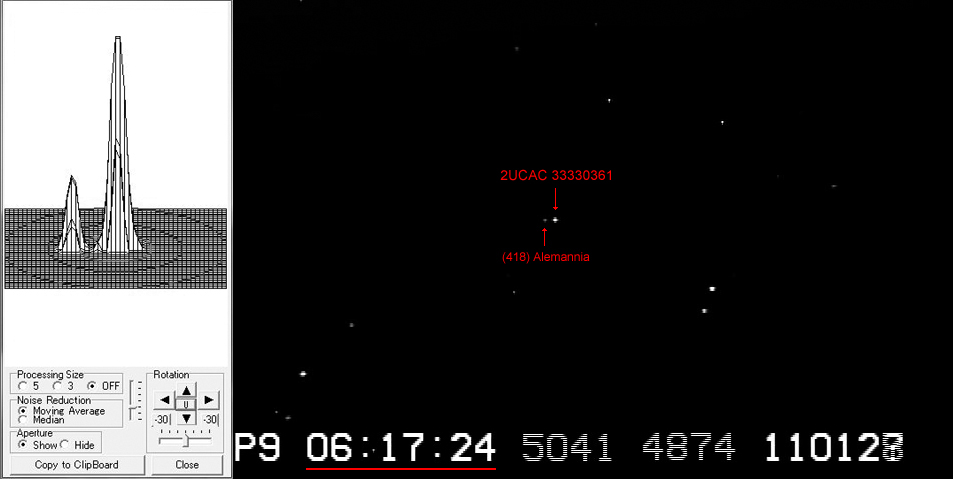