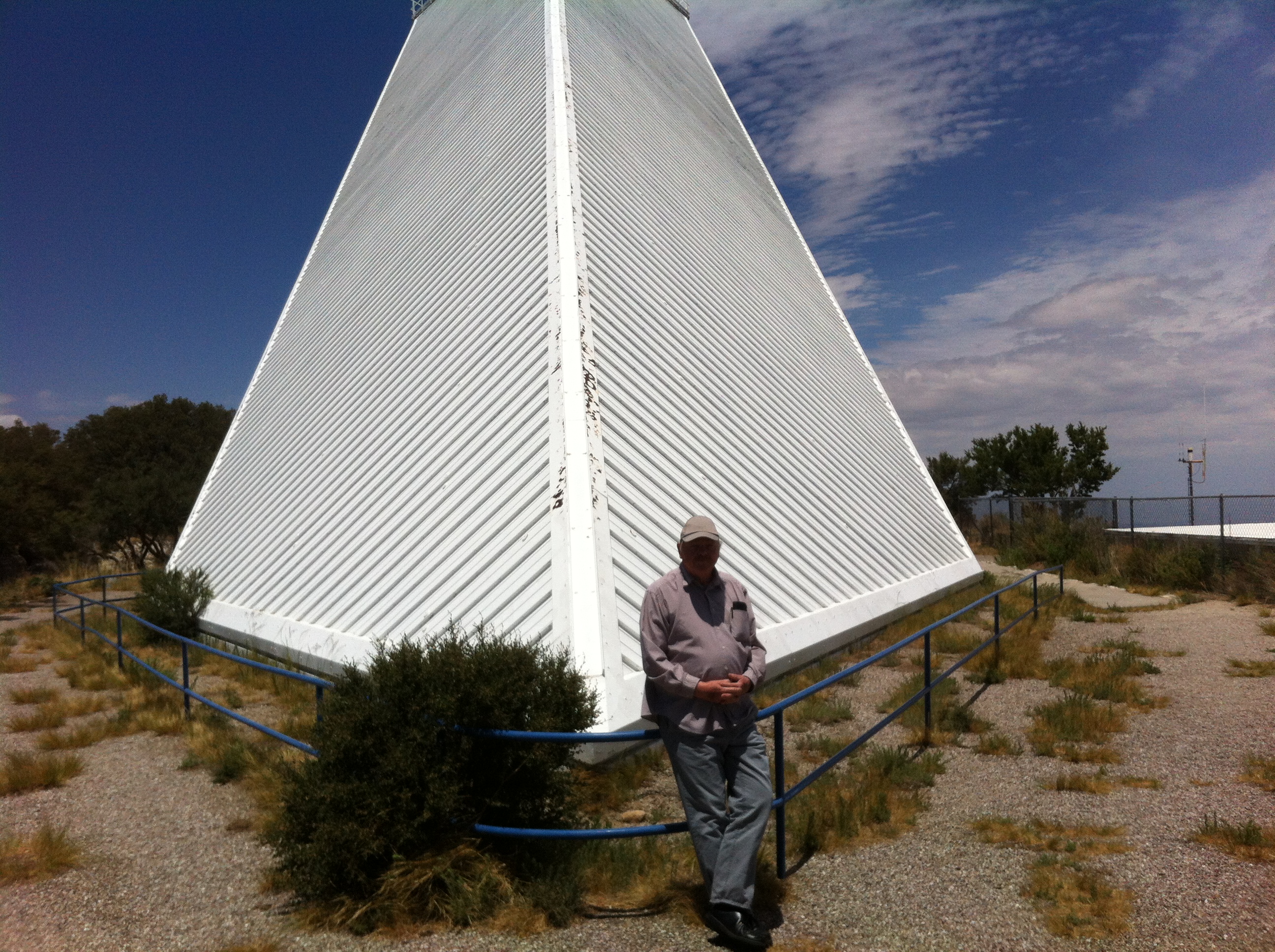 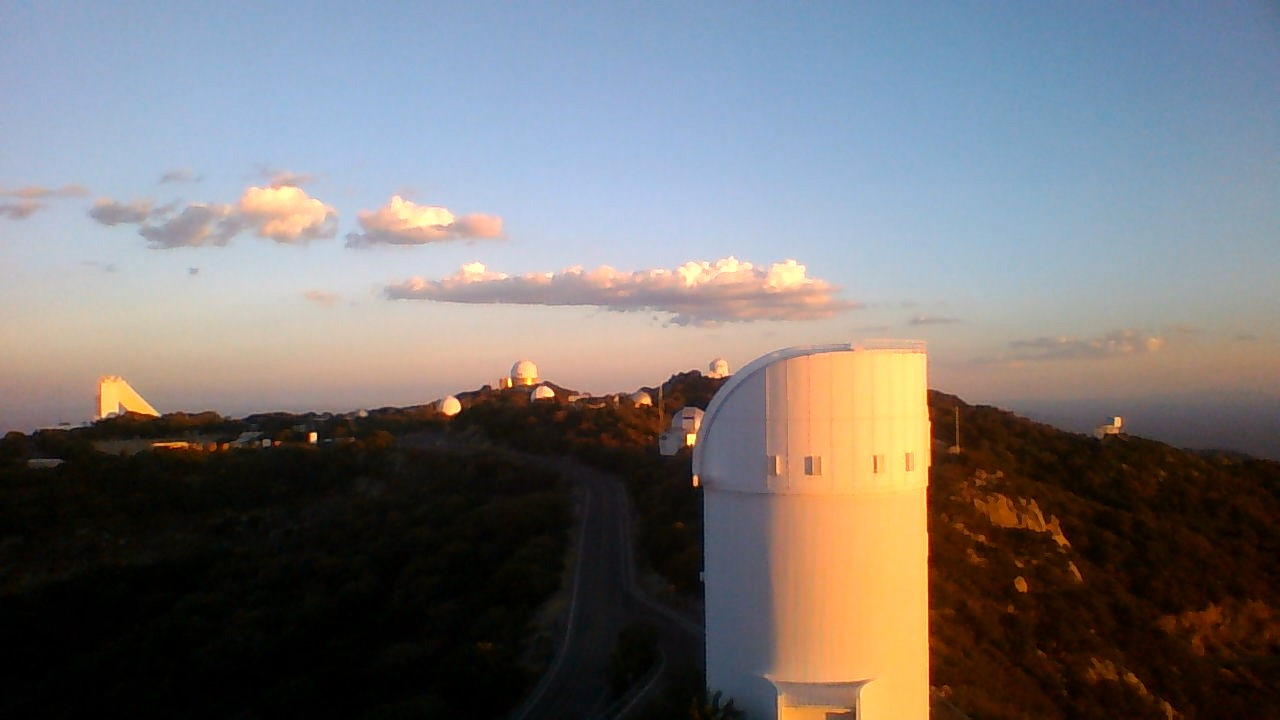 Contrary to last night, the clouds seem to be clearing and the weather seems pretty good. We will keep our fingers crossed that it doesn’t take a turn for the worse!

Due to bad weather conditions, we could not open the dome last night to observe anything.  However, we were able to sift through the data we had collected the night before last and were able to identify possible TNOs.

Below is a raw picture of the data collected.  Every bright spot in the image is  a star and we had taken about one hundred exposures (Which all looked like the picture below), in order to analyze them and identify Kuiper belt objects! 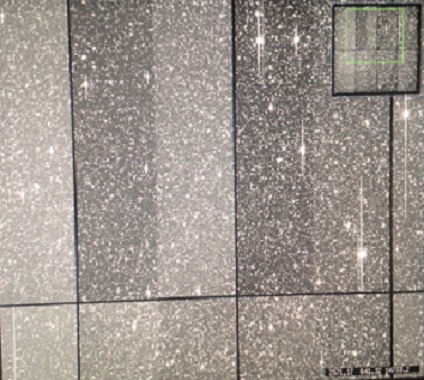 After taking the images, some of which required over 10 minutes of exposure time, we had to locate the objects moving in each frame. 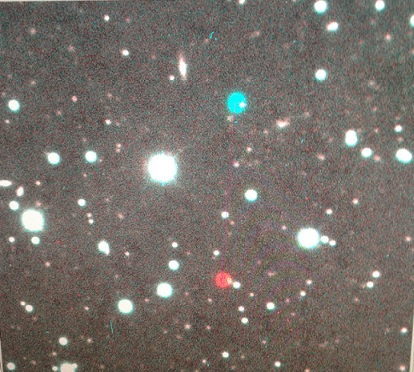 In order to locate these objects we received pictures that looked like the one above, containing bright “white spots” of stars.  The image above was obtained by taking multiple images in different color schemes and placing them over one another.  In doing so, a moving object will appear to be red in one image and blue in another, indicating it had moved.  The red/cyan spots in the image above are not Kuiper belt objects, it is most likely a main belt asteroid or an asteroid that is in close proximity to the Earth (Due to its large size and the distance it has moved).  Real Kuiper belt objects would be much smaller and the red/cyan spots would be much closer together.  The distance between the red/cyan pair above is about 30arc seconds per hour, a real Kuiper belt object would be less than 3arc seconds per hour.

Below are a few images of galaxies that we were able to see! (You may also be able to identify red and cyan spots which are asteroids or possible Kuiper belt objects). 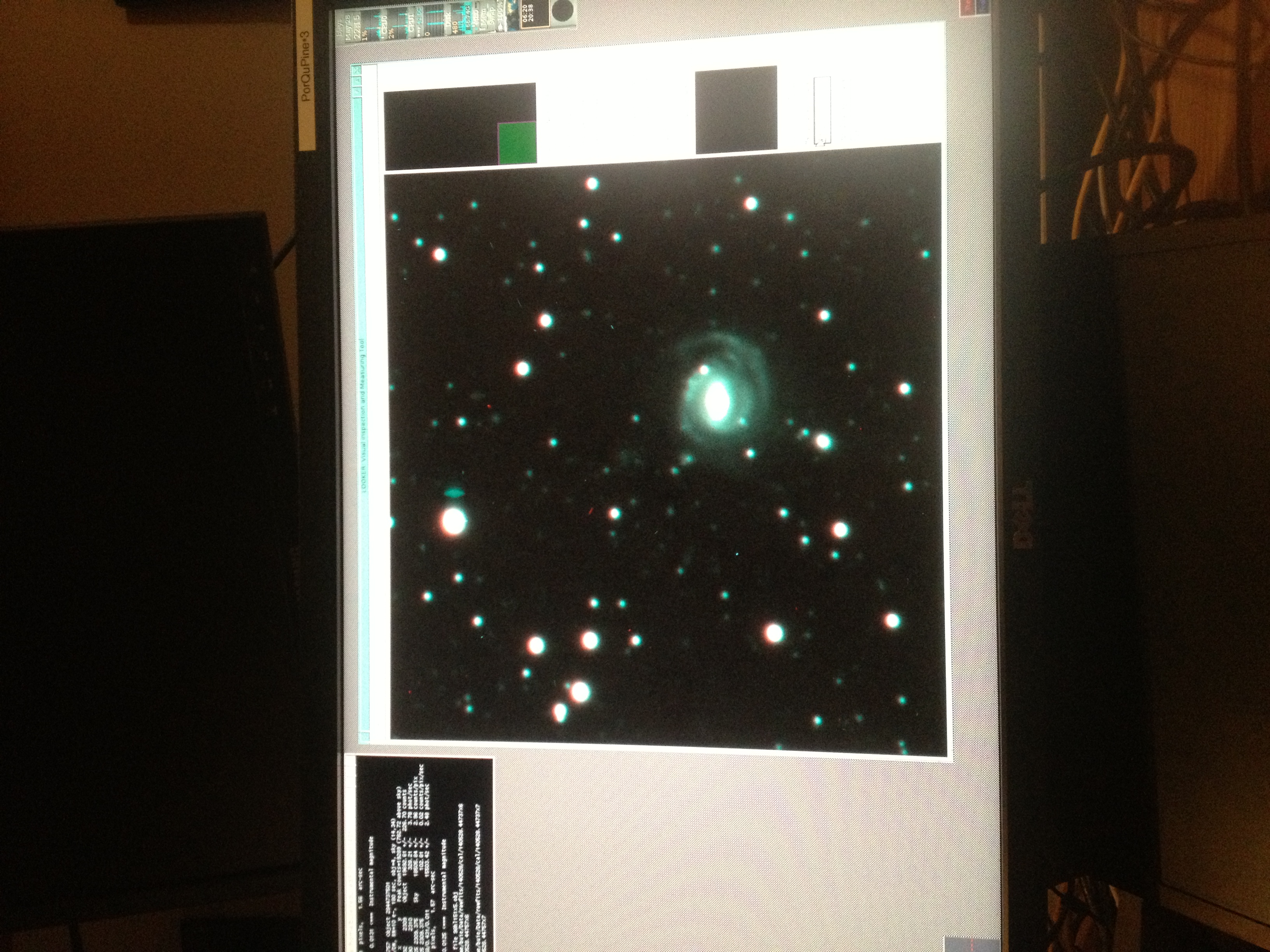 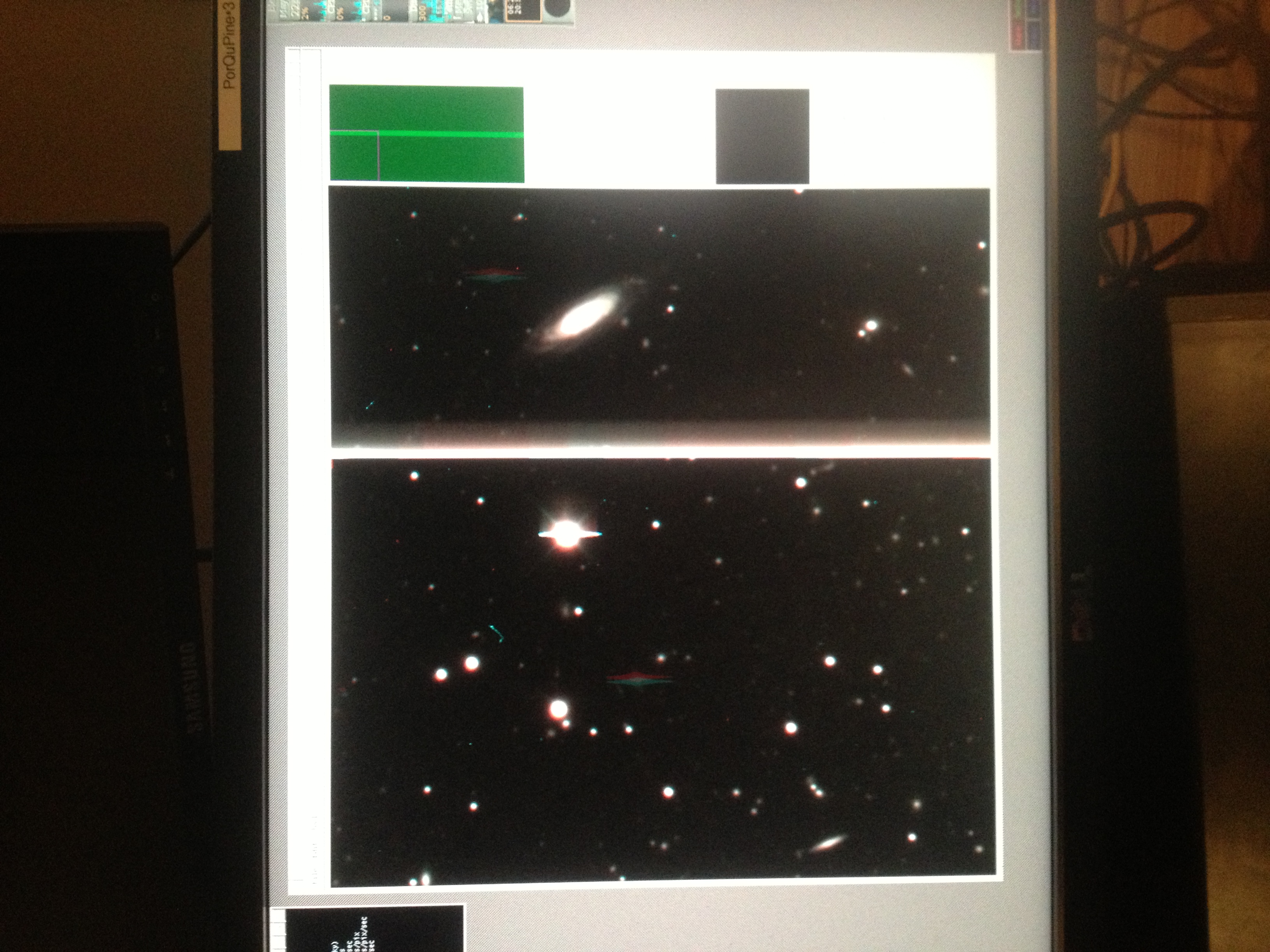 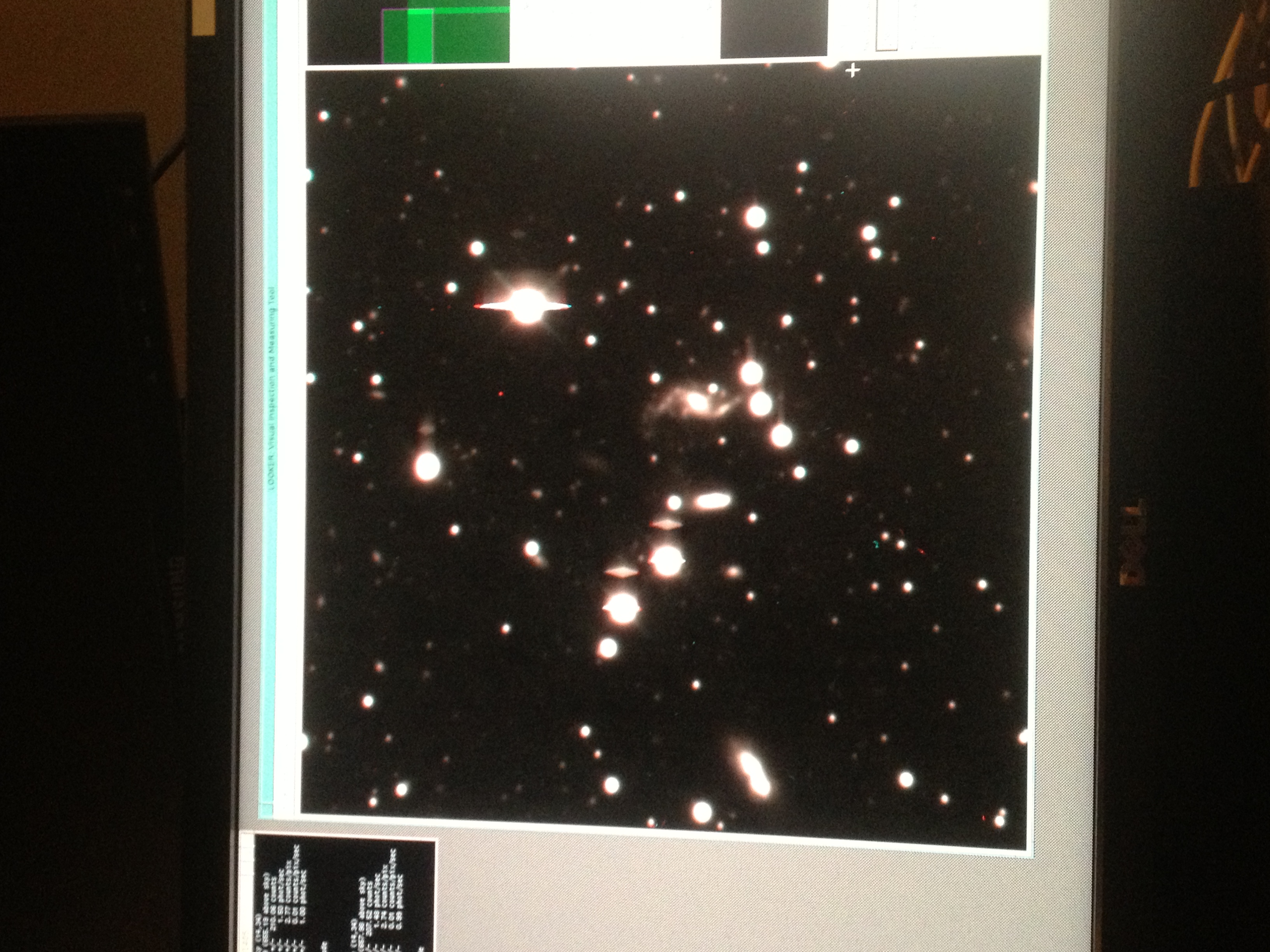 Observing the previous night went well and the team was up until about 4 in the morning!  There were a few weather complications concerning data collection, however for the most part all went well!!  Unfortunately, tonight we may not be as successful due to cloud coverage and the possibility of rainstorms. 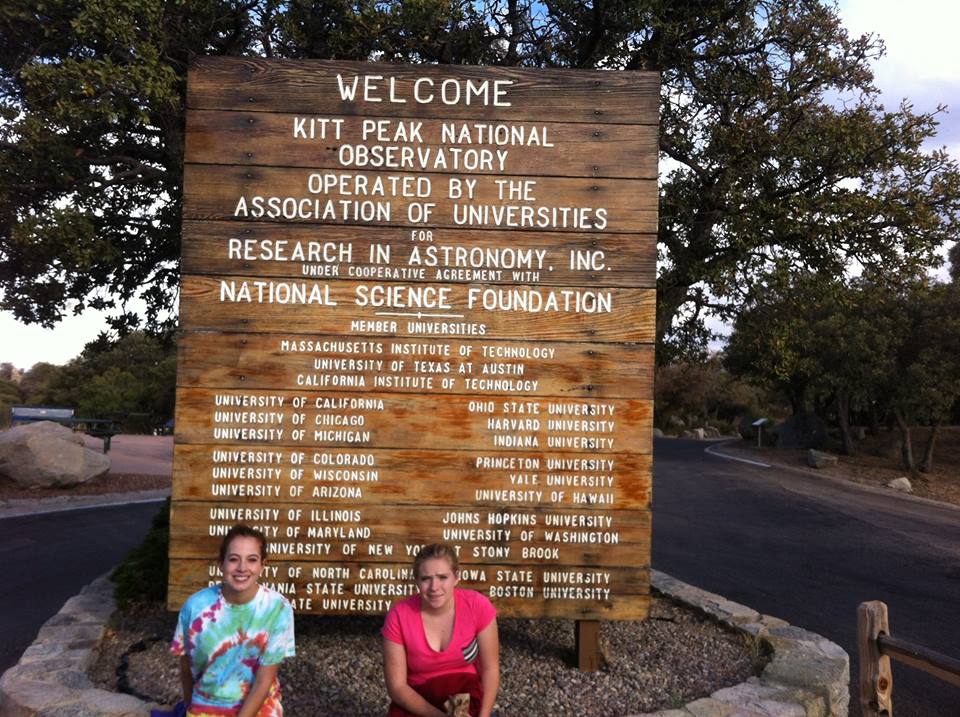 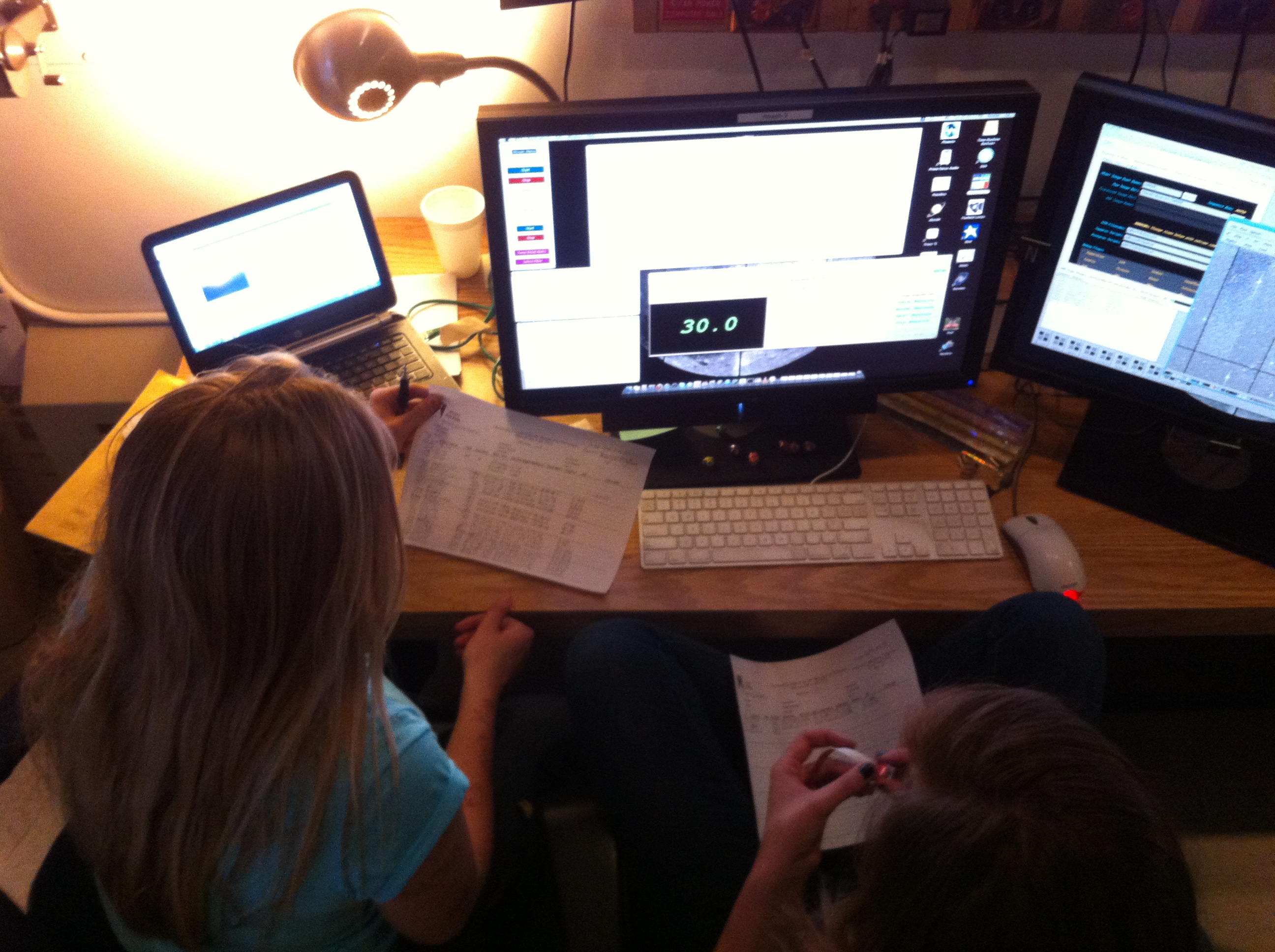 After being instructed by Marc Buie and Red Sumner on how to correctly collect the data, we started to do it on our own! 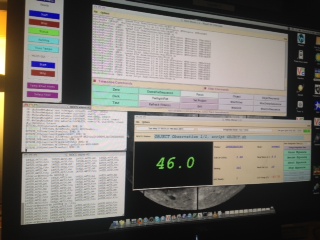 This computer screen allows us to see when the exposure time has ended and put  in the right object name and exposure time so we can collect more data. On a screen above the one in the picture is where the information to write down the Start Time, Air mass, Right Ascension, Declination, and HA is. 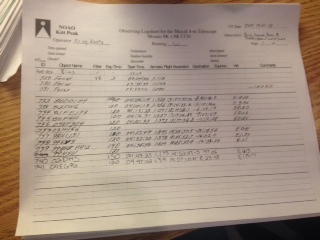 After a few explanations and a couple of tries we learned pretty quickly how to write down the information for each object and enter the needed information into the computer! 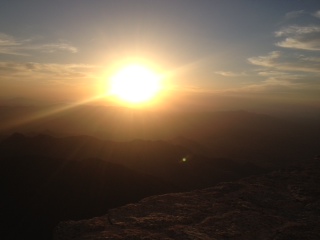 The 4m telescope turned out to be the perfect spot to watch the sunset. In the past few hours Marc Buie briefed us on how to write down and collect the data needed for tonight!

Shortly after arriving at Kitt Peak National Observatory, the RECON team toured the observatory and became familiar with the telescopes and area.  While touring the Peak, we (Lake Shank and Shelby Brown), along with Jim Bean, Red Sumner, and Marc Buie,  also became familiar with the 4-meter telescope.  We will be using it to locate fields of KBOs for future RECON events!  The dome in the picture above will be where the team will be observing and collecting data for the next few nights.  Updates will be posted tonight or early tomorrow morning concerning data collection and telescope operation.

On the way to catch our flight landing in Phoenix, Arizona to meet Marc Buie. The team was excited to start working at Kitt Peak National Observatory!

While becoming familiar with the site, Marc Buie showed us around the 4-meter telescope. Part of the tour was standing very close to the telescope.  The picture above was taken inside of the dome.  Up close the telescope looks huge compared to the traditional 12-inch RECON telescope. 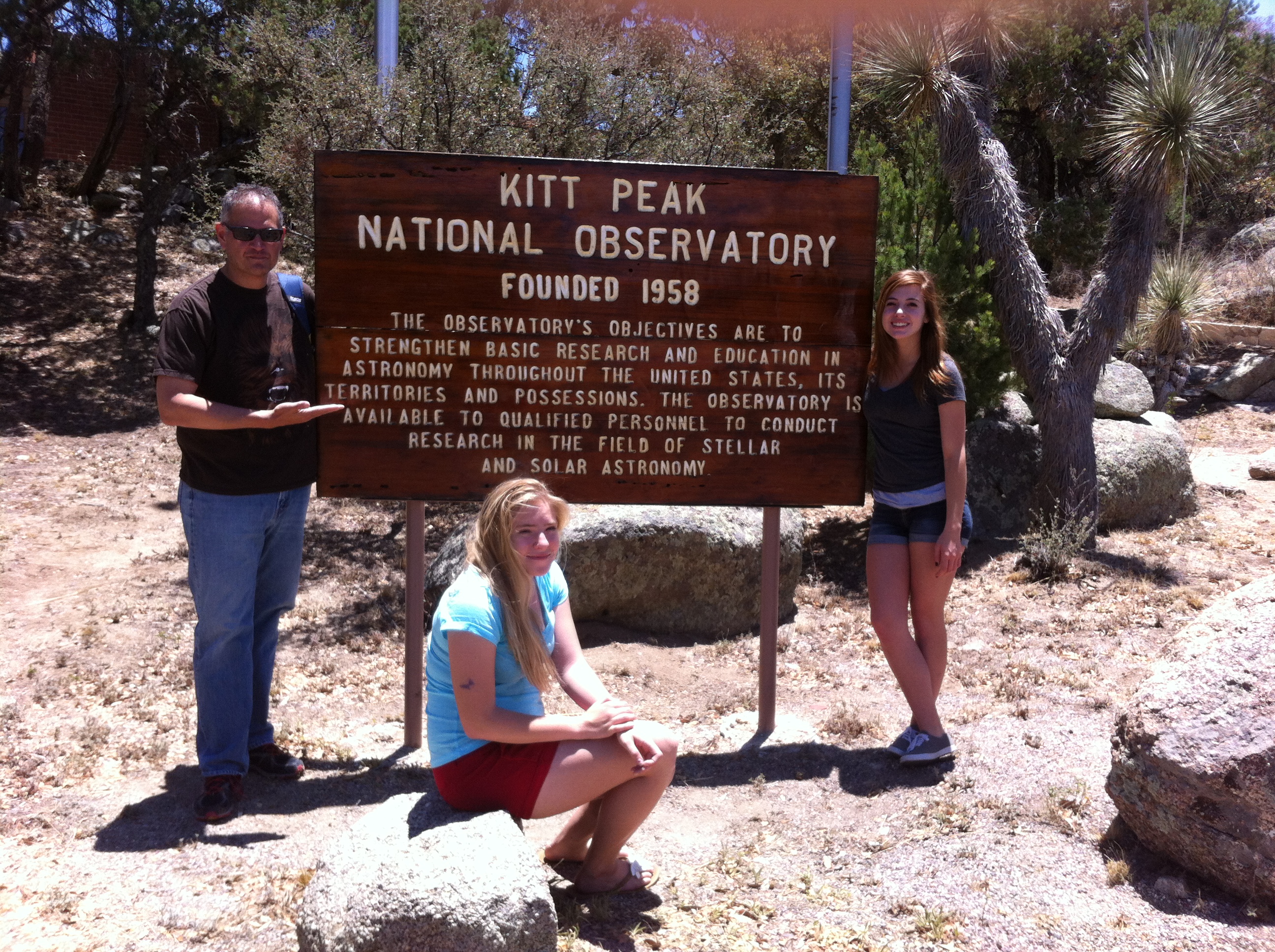 There are tons of interesting telescopes at Kitt Peak National Observatory.  These include a variety of different sized telescopes such as a 1.3 meter, a 2.1 meter and a solar and radio telescope. We are eager to collect data tonight and tomorrow night! 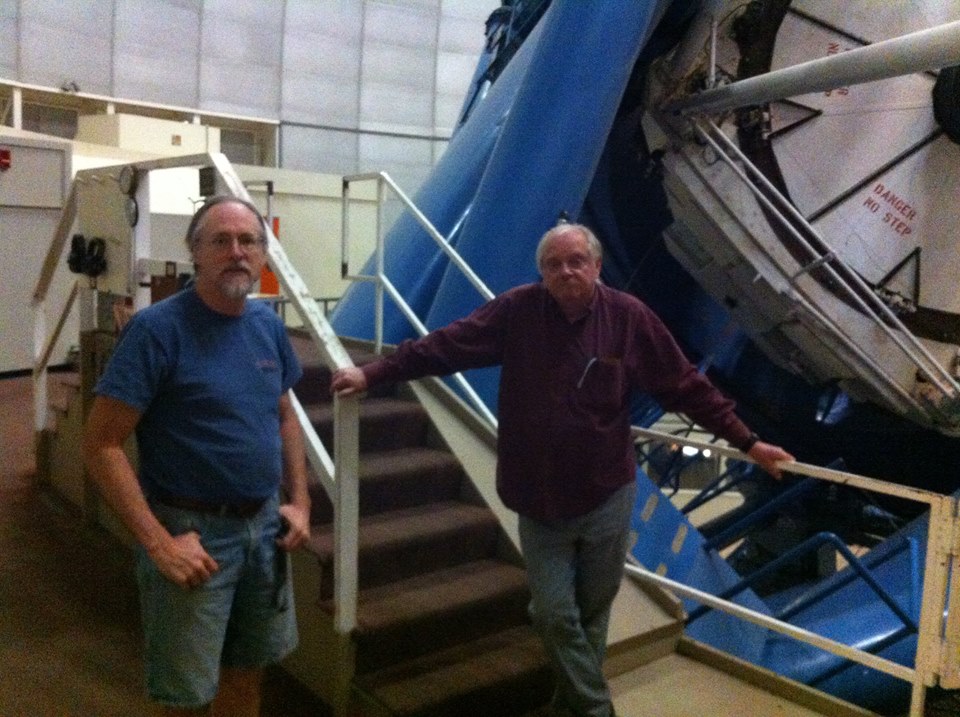 If you have any questions or comments, a google+ hangout will be hosted on Wednesday from 3:15-4:15 PM Pacific Time.  Feel free to ask questions, post comments, or get to know any of the RECON team members. 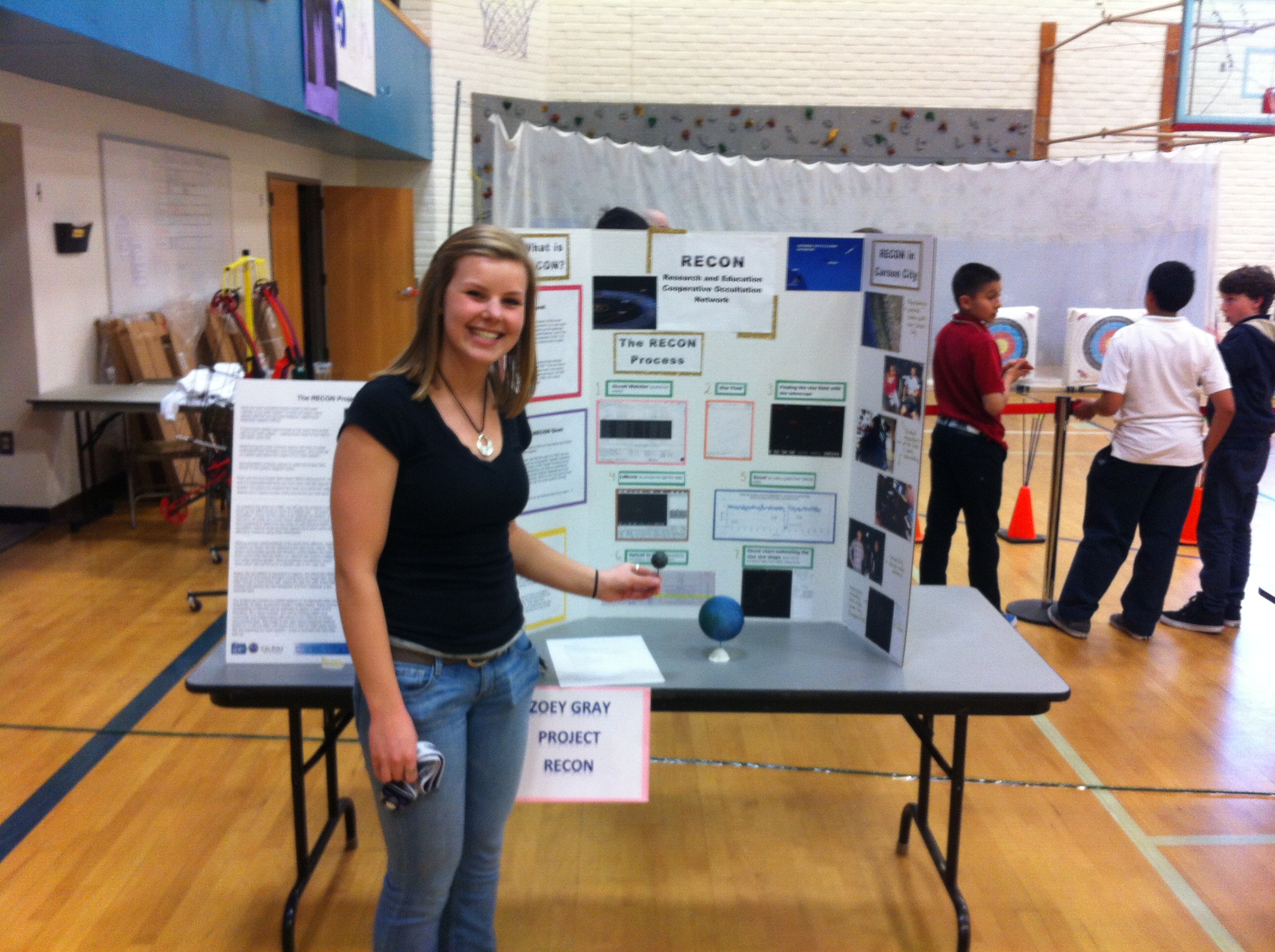 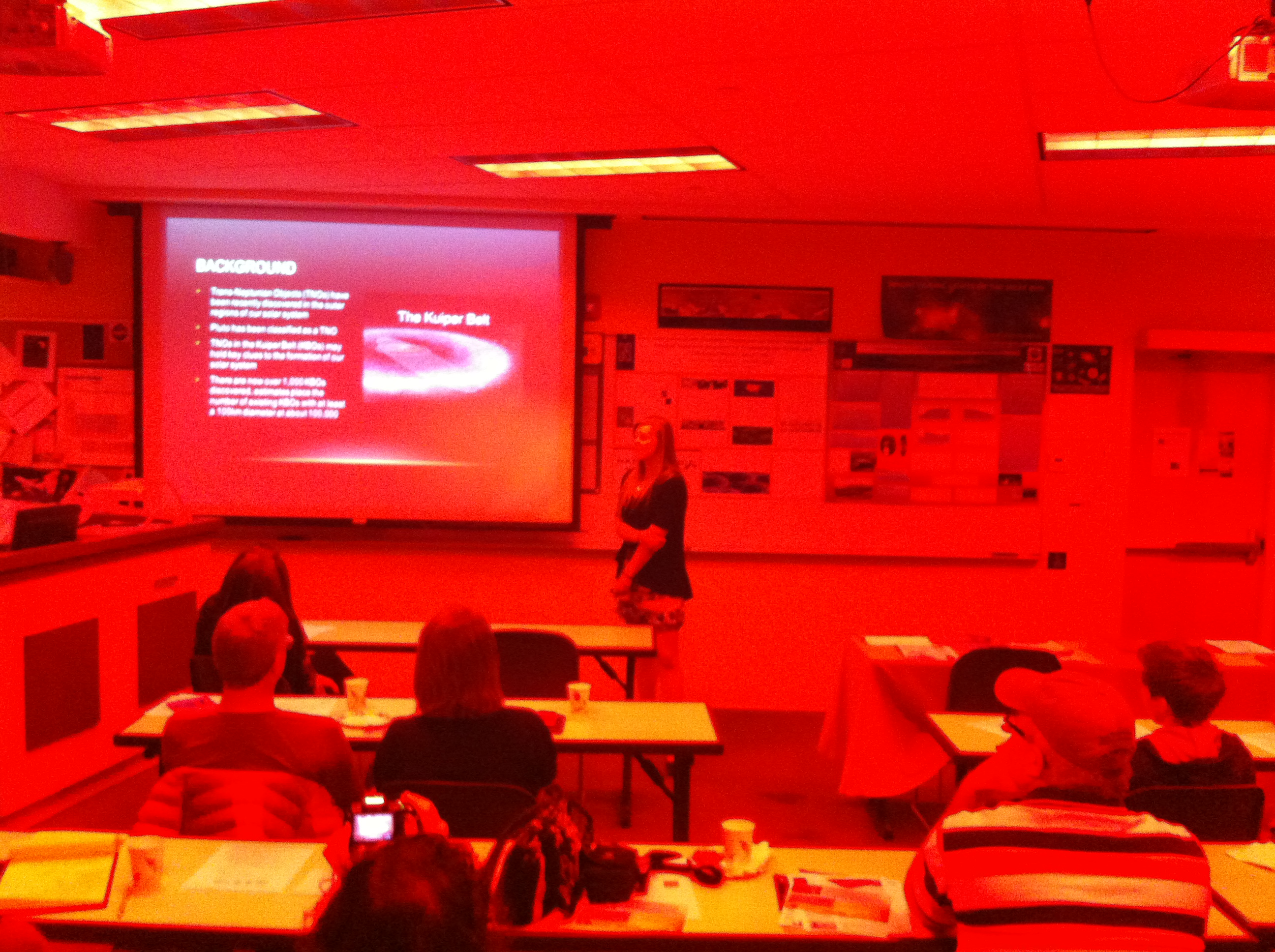 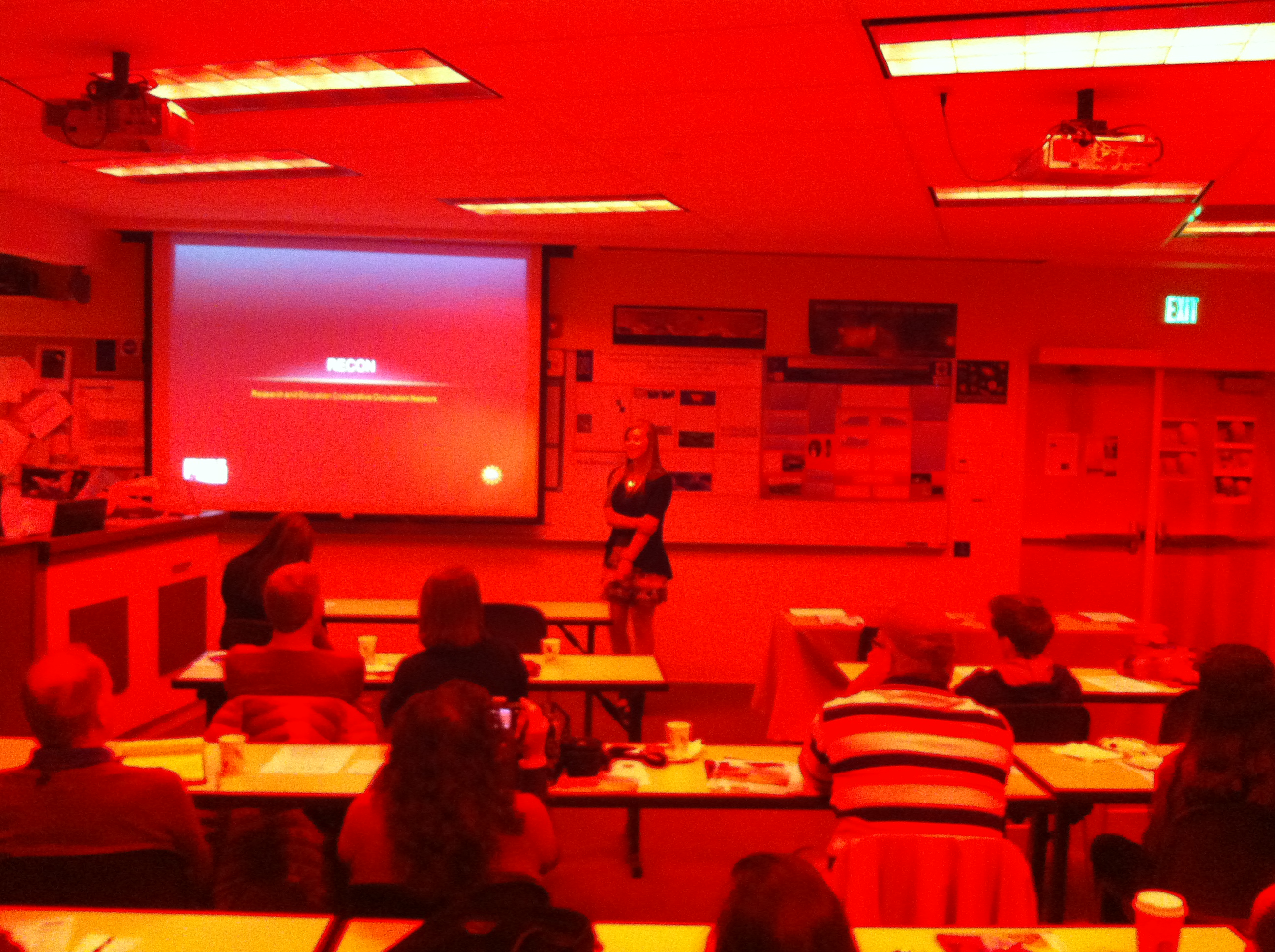 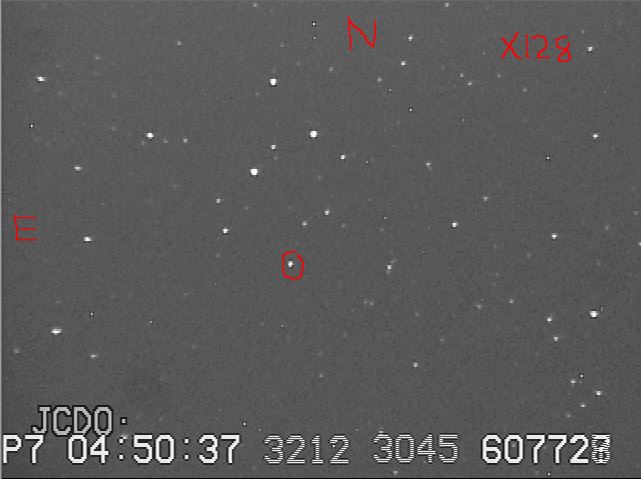 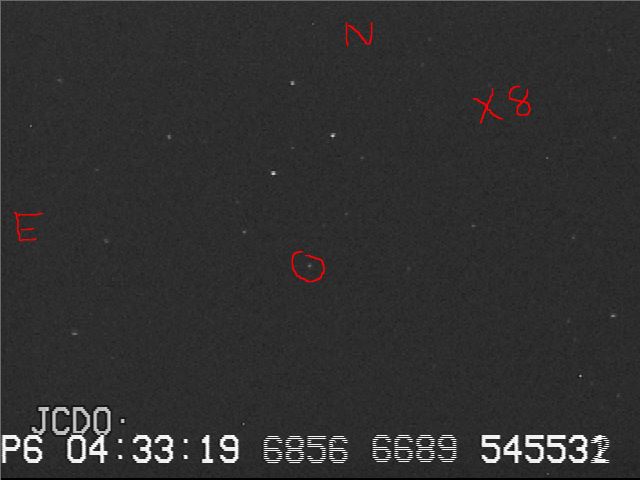 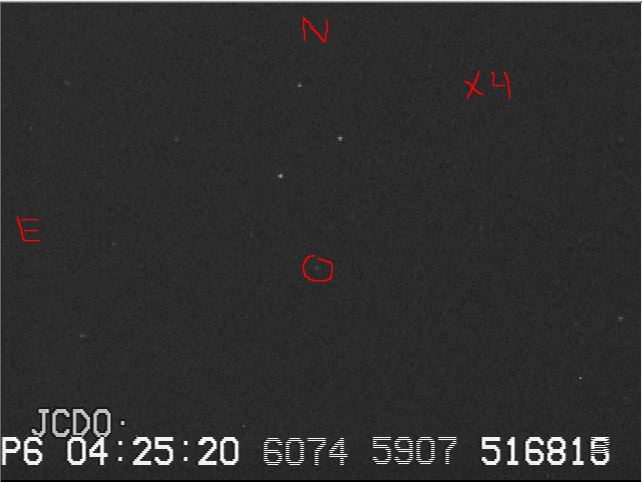 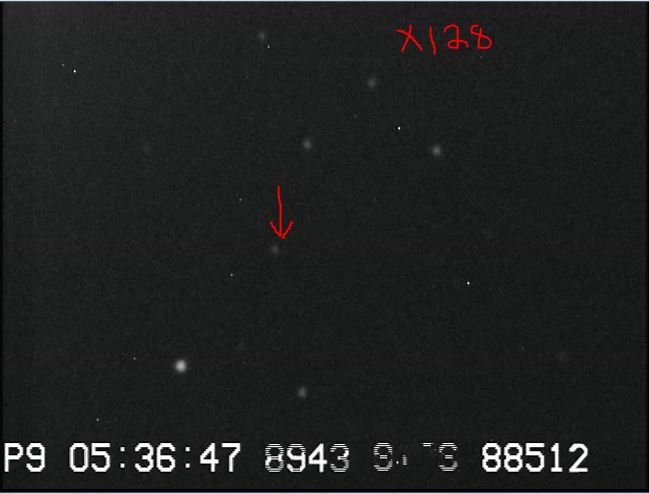