The day of the Patientia occultation dawned completely overcast here in Yerington and remained so the whole day, putting the event viewing in jeopardy. But we went ahead with our plans and gathered at the appointed time. The astronomy gods were with us because the sky turned out crystal clear. 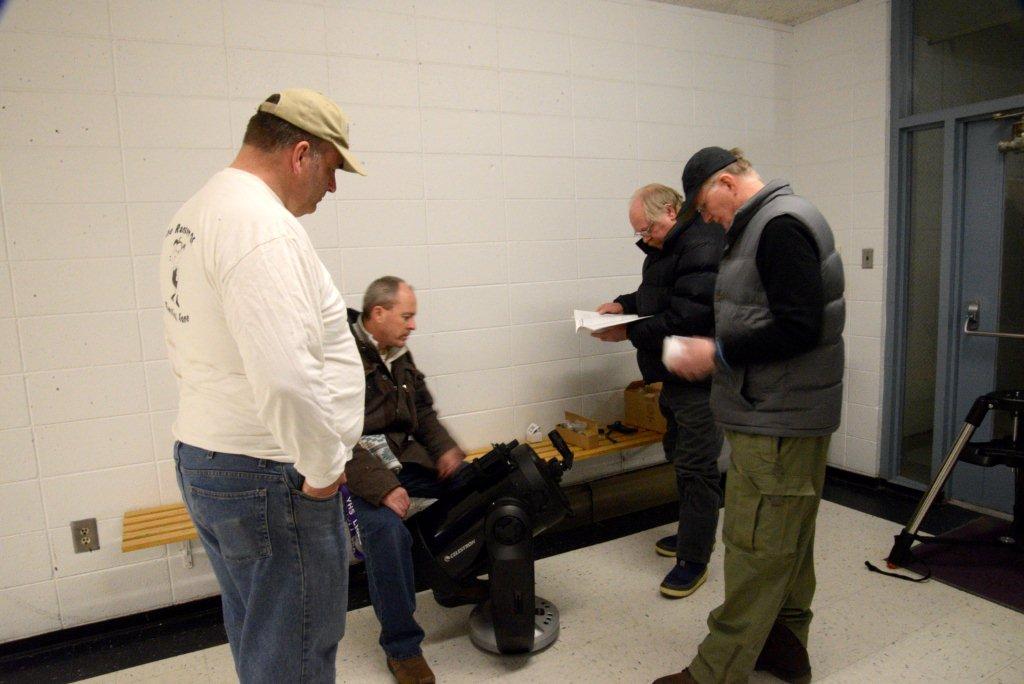 Scott, Todd, Red and Robert working through the setup of the new telescope.

Red Sumner and Robert Collier drove over from Carson City to walk us through the whole process and their help was invaluable. They are two very knowledgeable men. We had decided to meet at the football field at Yerington High School because we would have access to power and transporting the telescope would not be an issue. With Red’s help the scope was up and running in no time. 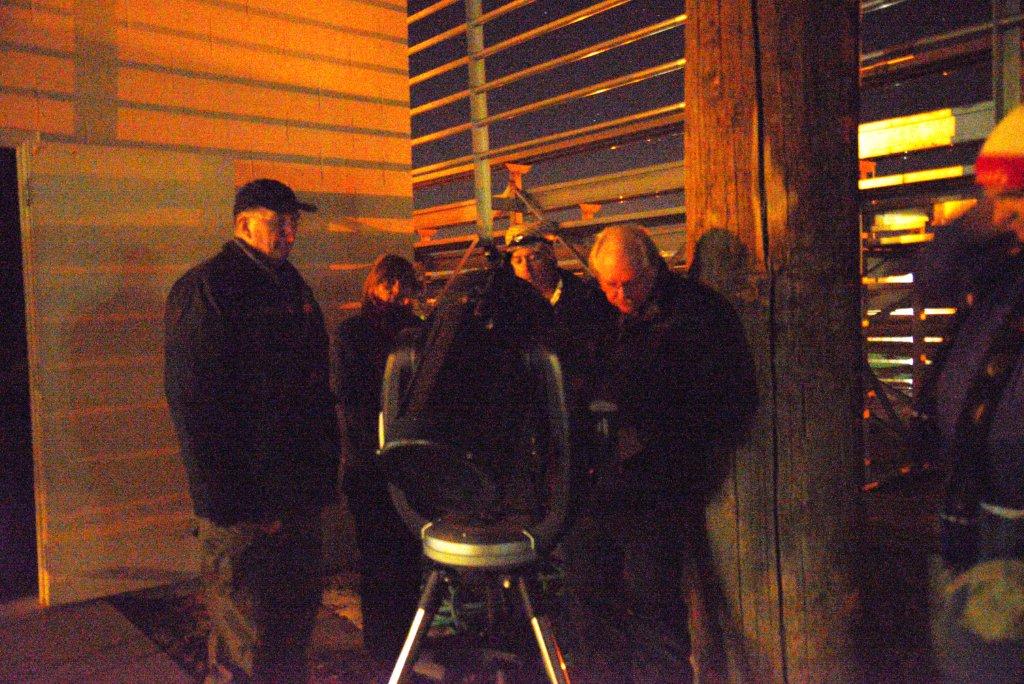 Red getting a feel for the controller.

The scopes first light was Sirius. We then had to look at Jupiter (of course). We were all very impressed. Then it was down to work. With the scope working, Red put in the coordinates for the Patientia event and then started to zero in on our target star. After several minutes he had it centered and tracking. He attached a video camera, and we were able to watch the entire event on his laptop. How cool is that? The occultation was successfully recorded and we wrapped up the evening.  Below is the light curve showing the change in intensity of the target star as the asteroid passed in front of it.

Thanks to Jim Bean for generating the plot

We all thought that this event was really cool, and it further heightened our excitement to get started officially.