For those of you that weren’t able to view the early morning event, forgot about it, or maybe just didn’t care, I offer the attached composite image as seen from Gardnerville, Nevada. The lunar eclipse started around 11:48 UTC (03:48 PST) and the moon was completely within the earth’s shadow about an hour later. We had partly cloudy skies with varying levels of cirrus over the Carson Valley. The moon was approximately 36 degree above the western horizon at the start and set before coming completely out of the earth’s shadow. For those interested in the specifics of the captured images; each of the three images in the composite were taken with a Canon EOS 80D with a Tamron 150-600 mm G2 zoom at 600mm (APS-C sensor – 1.6 crop factor – 960mm equivalent focal length). Exposures for each of the images are: 1/500 sec. (left image), 1.6 sec. (middle image) and 4 sec. (right image) at f/6.3. The camera and lens system were mounted on an EQ mount for the last images due to the necessary length of exposure. 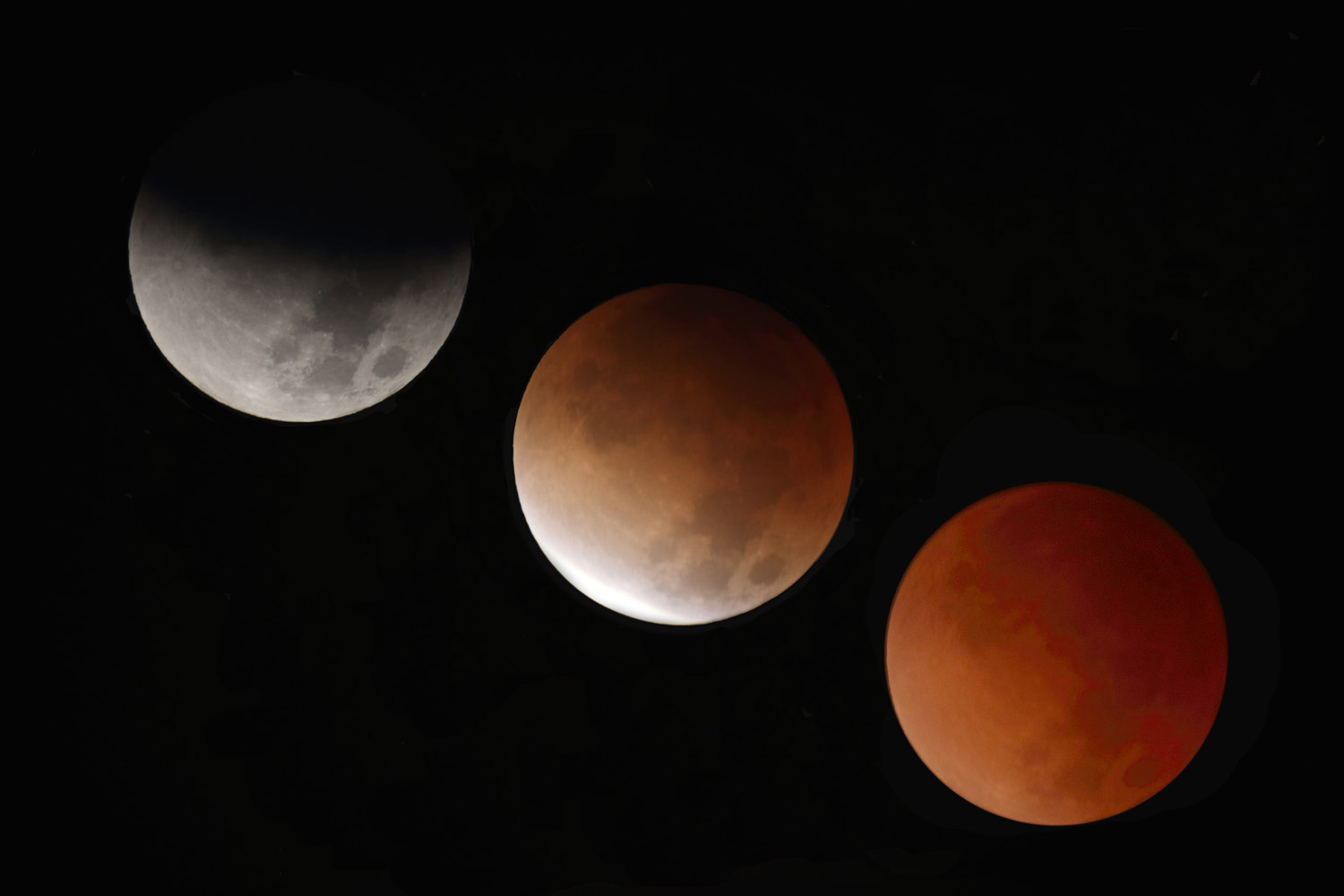