It’s been four months since our last campaign, but RECON is prepped and ready for our first full network campaign of the 2016-17 school year! 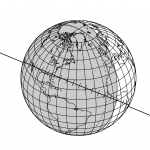 Tonight’s event involves Centaur 12UT68. Formed out beyond Neptune, this object was recently kicked inward to the solar neighborhood near Saturn and Neptune. Estimates place its size at 30-75 km, but RECON is trying to determine this with far greater precision. Although the predicted shadow path is slightly off the network, the 1-sigma uncertainty in this prediction is 600 km. This means there is a good chance the shadow may pass over communities to the south, and all of our scopes are well positioned to probe the region around 12UT68.

As with all ground-based astronomy, weather and sky conditions are always an important factor. As of this morning, the weather is not looking great for many of our teams in the Northwest and spotty for several Northern California and Nevada teams. The sky cover prediction map below was produced using tools available at www.cleardarksky.com. 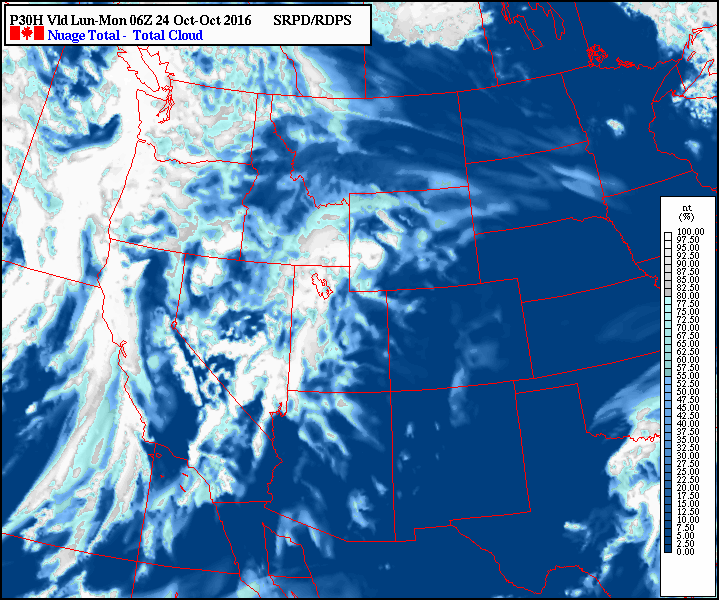 For our teams with partly cloudy skies, they will be aligning their telescopes and finding the star field using patches of clear sky. Then it will be a matter of waiting it out to see if the target region of northeastern sky stays clear during the 20-minute observing window just after 11:10PM PDT/MST tonight. And hopefully the prediction for better weather will hold for our teams in southern California and along the Colorado River closest to the shadow centerline prediction!

For more details on this event, visit our Event Page for 12UT68. Good luck to all of our teams able to observe tonight despite less than ideal weather! Also, stay tuned for our next event on the morning of Wednesday, November 23, with a predicted shadow passing directly through the center of the RECON network!!!