This past August, roughly a dozen RECON team members supported the Lassen Volcanic Park Dark Sky Festival in northeastern California.  During this three day event, RECON teammembers from Goldendale, The Dalles, Susanville, Greenville, Quincy, Reno, and Kingman helped with both daytime solar viewing and nighttime telescope viewing at the Loomis Visitor Center within the park. RECON participants were enthusiastic about returning to the event again next year both as an opportunity to share our project with the public and as a chance to reconnected in person. 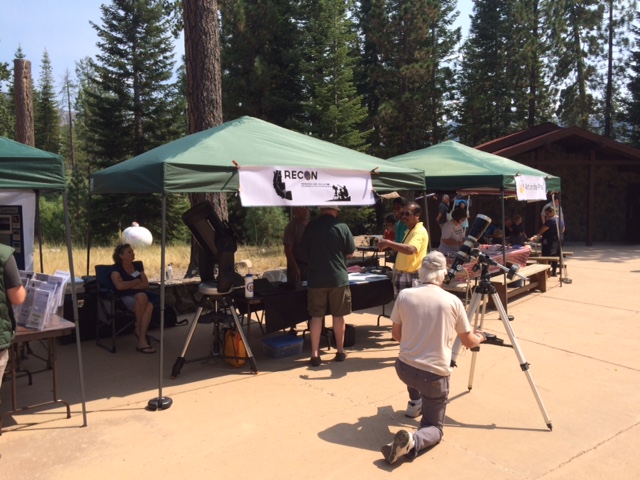 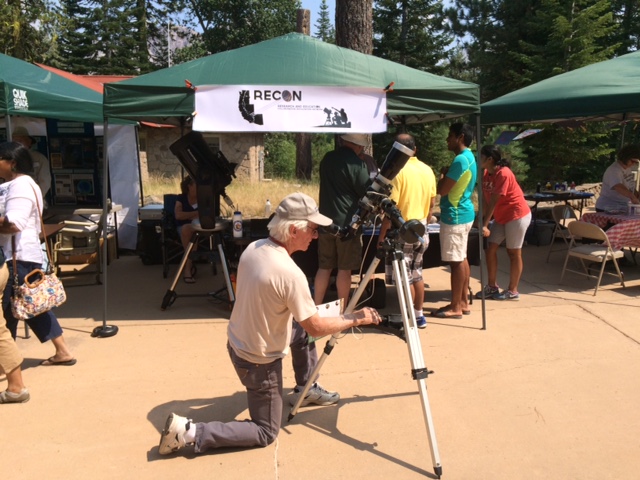 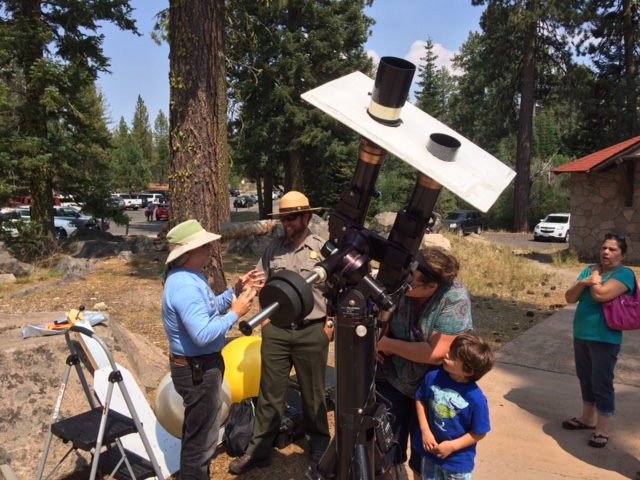 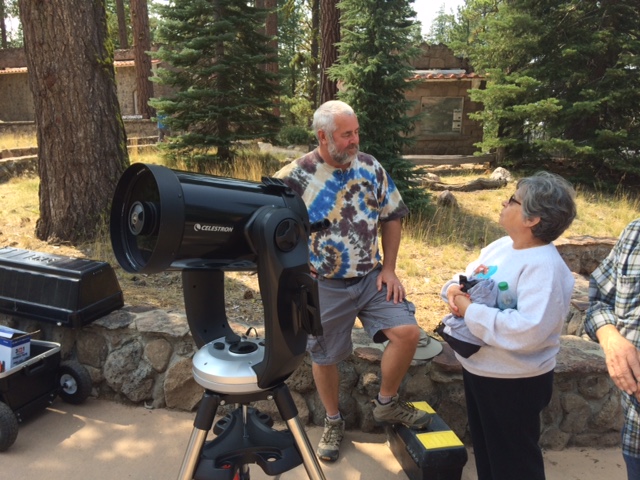 Lou Lofton from Reno talks about RECON with park visitor