Congratulations to all of you that have been a part of RECON.  It’s been six years since we began the pilot project and four years since the start of the full project.  We’ve all learned a lot together and it’s been an amazing project throughout.  We are known in the scientific community throughout the world for our work on the Kuiper Belt.

While we’ve been hard at work, the rest of our colleagues have also been probing the boundaries of knowledge of the outer solar system.  Rings around tiny Centaur objects!  Maybe a Planet X out there (or maybe not).  Binary objects remain an important component of these objects and it’s widely recognized that RECON is the perfect tool to expand that study. 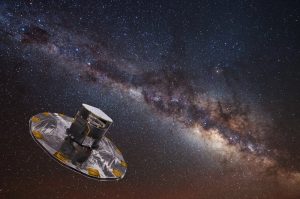 The Gaia mission from the European Space Agency has delivered on its promise to pin down where a huge number of stars are.  As I’ve talked about many times, this is essential to the long-term success and productivity of RECON and any other occultation-based study of objects in our solar system.  It took a couple of extra years to get to this point but we are now starting to see the benefits enabled by Gaia.  In the early days of the project we were limited a bit by having to work with a much less accurate star catalog and also much poorer knowledge of the positions of the TNOs.  The explosion of occultation opportunities is now upon us. 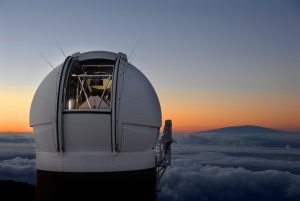 Within the project we have continued to work on measuring where candidate TNOs are to help increase the number of good events to observe.  That work continues but we are now working closely with the PanStarrs survey in Hawaii.  Their dataset is an amazing resource that has, in the past few months, provided thousands of observations of more than a hundred objects.  With the telescopes we have available ourselves, this contribution would take us 300 nights of observing on giant telescopes to equal.

A good example of this is our campaign observation for RECON of the TNO 2014TA86.  This object was discovered in 2014 by PanStarrs and the recent effort located nearly 10 years of data that had already been collected on this object by PanStarrs but not yet processed.  As a result we know where this object is with much more precision that is usual for something discovered in 2014.  Without the support from PanStarrs, we wouldn’t even know this object existed and now we are poised to make critical measurements of its size and position.  If it turns out to be binary (which is quite likely), we’ll be adding more to our understanding of these distant worlds.  Note that the shorter than usual notification of the impending campaign was a result of this recent data dump from PanStarrs coming in.  This event popped up in our scans, and it was just too good to pass up, so we made an exception to our normal procedure of providing a month’s notice. 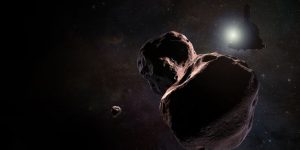 The context of our efforts is greatly expanded with the historic event to come on Jan 1, 2019.  New Horizons will have a close flyby of (486958) 2014MU69, a TNO that I discovered by in 2014.  It’s a neighbor of this month’s campaign target and whatever we learn from New Horizons will provide a broader understanding of our RECON target.  What’s even more exciting is that our observations will provide a broader understanding of the New Horizons data as well.

I’m very excited to see what we will learn from New Horizons.  I’ve been unbelievably busy this year and last organizing and chasing occultations by MU69.  Many of the lessons learned with RECON were a key to the success of those occultation expeditions.  I sent 25 teams of astronomers out on three separate occasions. South Africa, Argentina, Senegal, and Colombia were all visited by these dedicated teams of astronomers, braving clouds, storms, high winds, mosquitoes, insane urban traffic, and more.  It was an exhausting, yet fulfilling effort, and the team work was truly amazing.  All of you that have been a part of RECON can take pride in knowing that you helped make these other efforts a success.

Now it’s our turn.  Early in the morning, on Friday, October 12, we will have a shot at our own historic observation of this distant TNO.  What will we find?  Should we let a minor inconvenience like having to get up in the middle of the night, during the week, to get in our way of learning more about our solar system?  I’ve said all along in this project that astronomy isn’t always at a convenient time.  We’ll continue the fine tradition of making a special effort to learn more about the universe around us.  I’ll be observing from home along with all of you to add my own efforts but you are all truly the stars of the project.  I should also warn you that we’re looking at a lot of very nice opportunities in the coming six months during our peak season.  It will be RECON like never before.  How exciting!