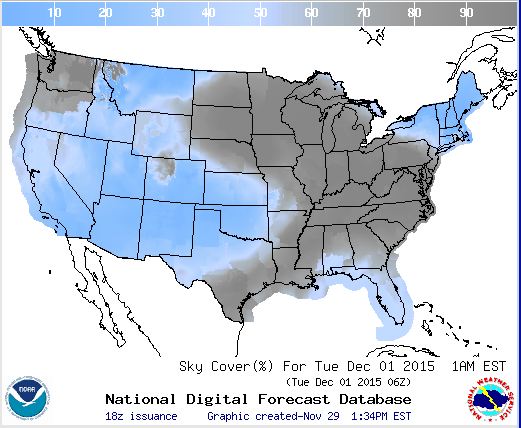 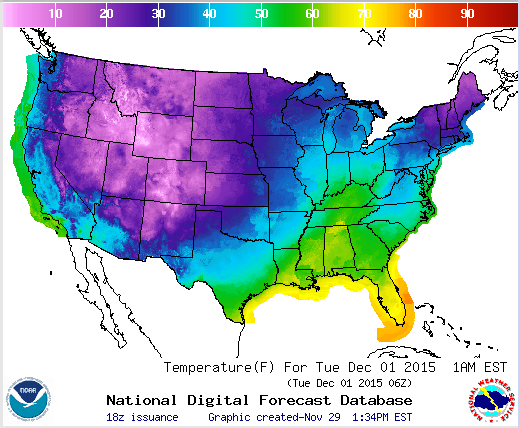 This Monday evening/Tuesday morning around midnight (1 December UT), over 50 intrepid RECON teams will brave the cold, but hopefully clear, winter skies to collect data during our upcoming occultation campaign involving 13WV107. What do we know about this object? What do we hope to find out? A brief overview is provided below to provide context for data summarized on the Event Detail Page for 13WV107.

What we hope to discover through tomorrow night’s campaign is the actual size and surface brightness of 13WV107! The Centaur will be occulting a star north of Orion and will cast a shadow on Earth’s surface proportional to its size. This will affect the number of RECON telescope sites that will measure the shadow and the duration of how long the occultation occurs at each site. In addition, if 13WV107 has any rings or moons, these will also cast a shadow that could be discovered by RECON.

We know the orbit for 2013 WV107. The object was discovered on November 21, 2013. (This information is encoded in the name of the object – check out the Minor Planet Center for details on how the code works!) The object is a Centaur, a minor planet with its average distance from the Sun (or semi-major axis) located in the region of the outer giant planets. In this case, the semi-major axis of 13WV107 is 14.75 Astronomical Units (AU), between the orbits of Saturn and Uranus. At this point in its orbit, 13WV107 is currently located 11.7 AU from the Sun and 10.7 AU from Earth. Additional details on the orbit of this object are available by entering “2013 WV107” into the search field of the JPL Small-Body Database Browser.

We also know how bright it appears. In addition to its orbit, the other key piece of data we know about 13WV107 is that it has an absolute magnitude of 10.1. Absolute magnitude (H) is how bright the object appear if it was fully illuminated and located just 1AU from Earth (with Earth between the object and the Sun). Because 13WV107 is much further than 1AU, it appears even dimmer than this to us here on Earth. The apparent magnitude for this object is currently around 20.8 (note that the dimmer an object, the larger its magnitude).

13WV107 is far to dim to be seen directly with our RECON telescopes. However, the target star that the object will be occulting has an apparent magnitude of 15.6, which is near the limiting brightness we can detect. Because the target star is dim, obtaining a sharply focused image will be extra important and we encourage our RECON teams to check out a newly created page with Tips on Focusing.

What we don’t know are the dimensions and reflectivity of 13WV107. While we know the object’s orbit and absolute magnitude, we don’t know either its albedo (or how reflective its surface is) or actual size and dimensions. Consider two objects with the same absolute magnitude but different albedos. The darker, lower albedo object would have to be larger than the brighter, higher albedo object in order to appear the same brightness from 1AU. Given it’s brightness, we have calculated that 13WV107 has an albedo of only 5% (meaning that it absorbs 95% of incoming sunlight) if it has a diameter of 58 km. On the other hand, if it is actually smaller than this, then its surface has to be more reflective. If 13WV107 is 24 km in diameter, this would require a 30% albedo. During the upcoming event, we hope to directly measure the actual dimensions of 13WV107, which will provide us with a better understanding of its albedo. Neither of these quantities is known definitely up to this point, which brings us to tomorrow night . . . 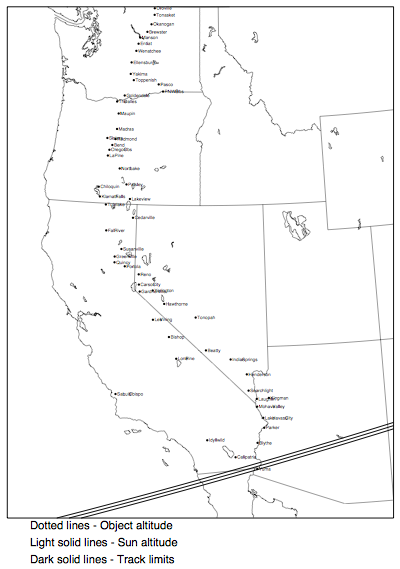 Where will the shadow pass over RECON? Our current prediction places the shadow path for 13WV107 over the southern part of the network. However, because the object has been monitored for only a fraction of its almost 60 year orbit around the Sun, there is uncertainty in knowing exactly where its shadow will land. In this case, there is a 68% chance (1-sigma uncertainty) that the shadow will pass somewhere within 963 km of the prediction shown here. Thus, RECON sites from Yuma Arizona all the way up to Susanville California are within this 1-sigma cross-track uncertainty range. There is a lower, but non-zero probability for sites north of this to measure the occultation as well, and more importantly these sites are in prime position to determine if there are any other objects (moons, rings, etc) in the neighborhood of 13WV107.

The upcoming week will be busy but important for our RECON teams. In addition to tomorrow night’s event, we have a second campaign on Friday night/Saturday morning (December 5 UT). For a preview, check out our Event Page for Bienor. With these final events of the 2015 calendar year, RECON will have successfully conducted four campaigns since the network became operational back in May. This is on target with our proposed goal of attempting 6-8 campaigns per year. Thanks again to all of our RECON teams for your determination and perseverance in the coming nights.