Just four days after our occultation campaign involving 13WV107, our RECON teams will be out again this Friday evening / Saturday morning to record another Centaur. This time around, we are using astrometry data provided by collaborators in Brazil from the RIO Group to measure an object known as Bienor. The event will be pushing the limits of the RECON network because the target star is magnitude 16, just at the detection threshold for many of our cameras. Our team members will be paying close attention to obtaining the sharpest focus possible using the following Focusing Tips.

We just received an updated prediction map for this event from the RIO group, placing the shadow path over Northern California / Southern Oregon, although all telescope data is important, as always, for both capturing the main target and studying its neighborhood. 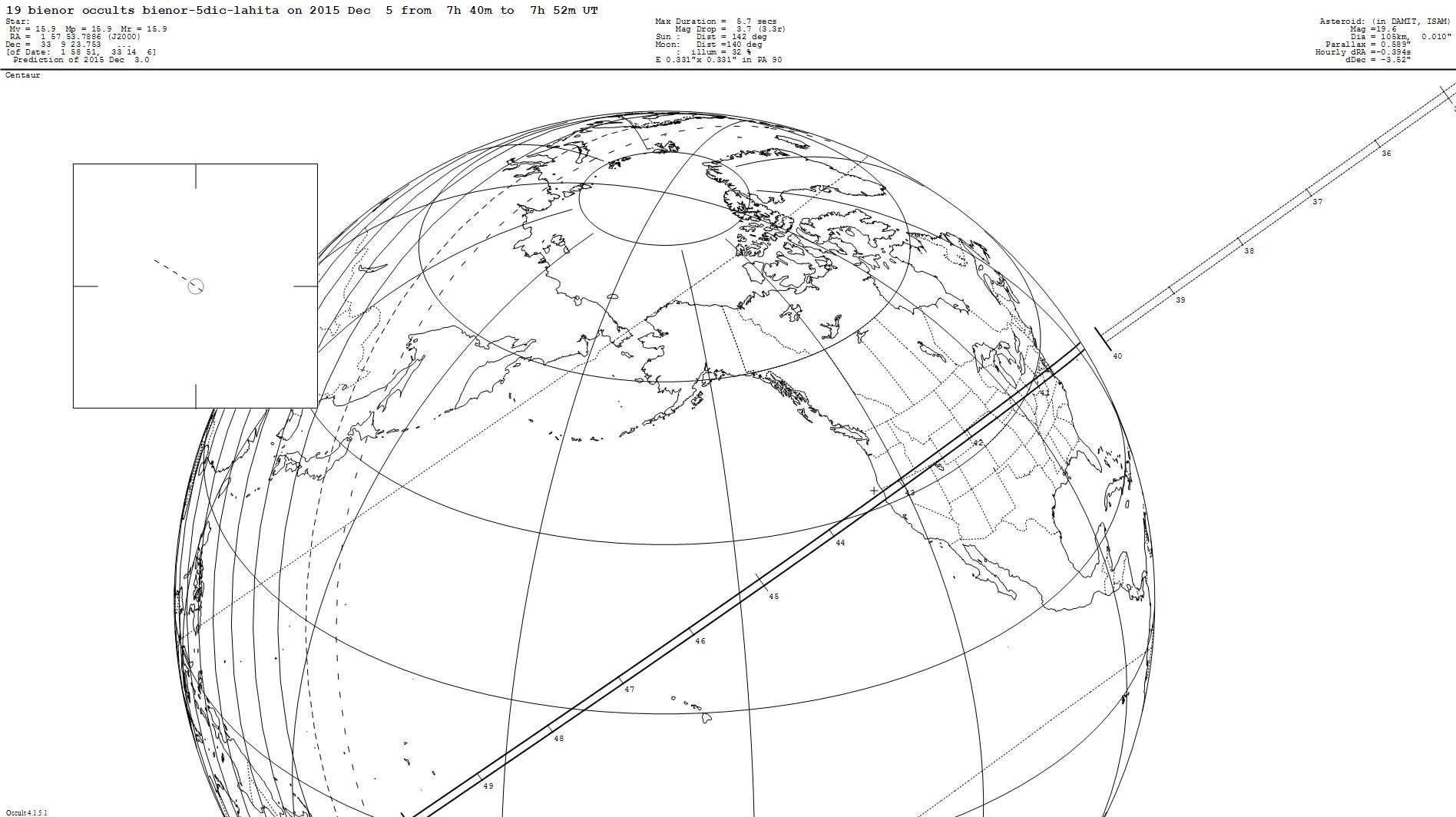 Updated path prediction as of December 3

During this event, we will also be joined by several other occultation astronomers from the North American International Occultation Timing Association (IOTA). The map below shows a portion of the telescope sites that will be participating in the event. 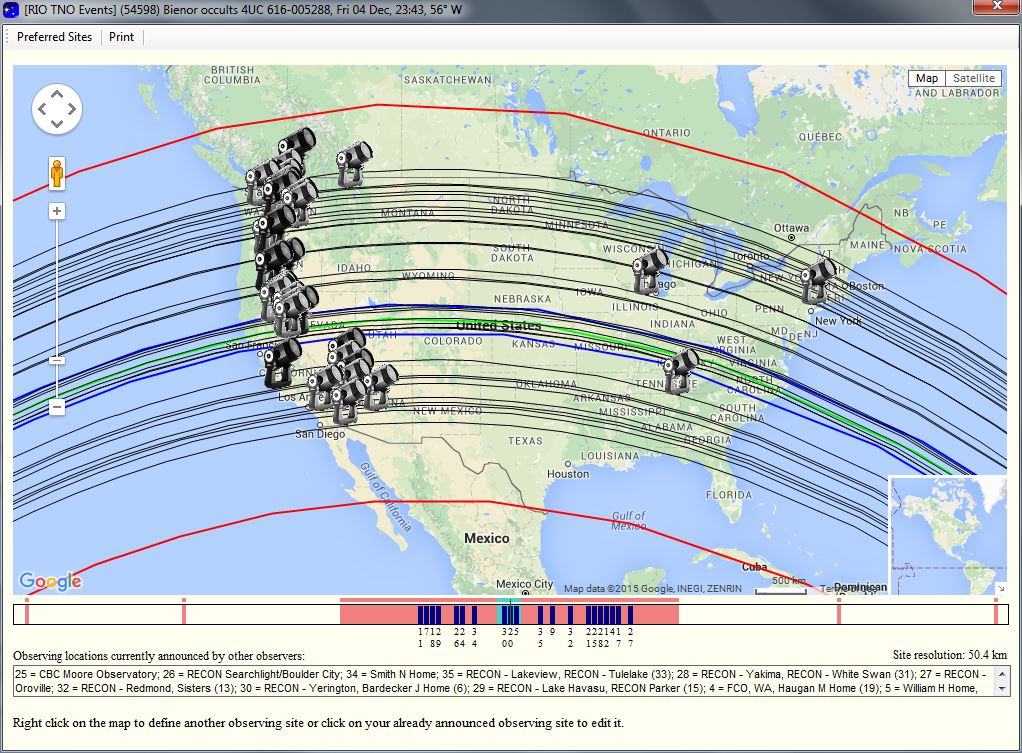 Unfortunately, sky conditions are not looking so good in Oregon and Washington due to a storm front moving in, but we will do our best regardless.  Thanks again to all of our RECON teams and our RIO and IOTA collaborators. 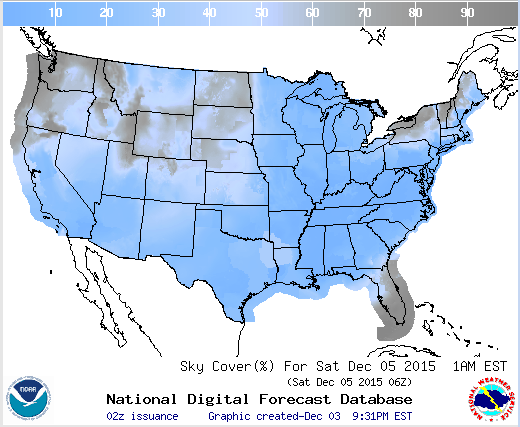