The pilot RECON network is set for our second occultation event involving a Kuiper Belt Object, 2007 UK126.  The maps below shows sites that have signed up on Occult Watcher to participate in tonight’s event, including 13 RECON sites and roughly a dozen additional IOTA observers across the nation. 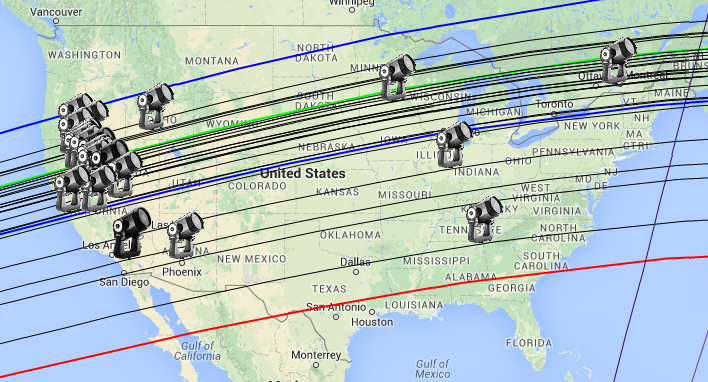 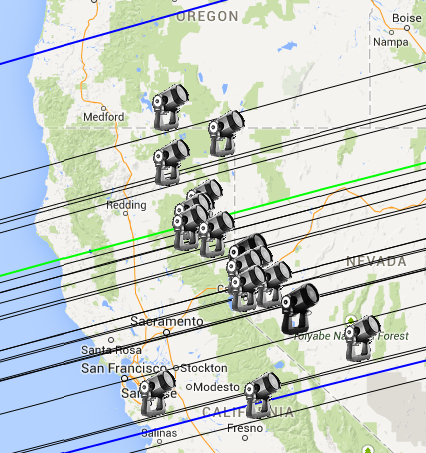 By May, 2015, RECON will extend down to the US border with Mexico and up to the Canadian border, making the full network a powerful array for observing future KBO occultations. Amateur astronomers from across North America will be invited to join in these campaign events.

Current weather conditions may challenge several RECON sites tonight, especially in the northern part of the network, but our team members are all geared up and ready to get whatever data they can during tonight’s event window from 2:10-2:30AM!