As RECON rolls into the summer months, Marc has been busy doing follow-up observations to provide up-to-date predictions for three upcoming summer TNO occultation events. Based upon this recent work, we are currently planning the following official and optional campaigns:

With an estimated size of 50-125 km, Scattered Disc Object 08JO41 is exactly the type of trans-Neptunian Object that the RECON Network was designed to measure. Based upon astrometry collected this past week, the predicted centerline for this event is over southern Oregon with a 1-sigma cross-track uncertainty of 1511 km. 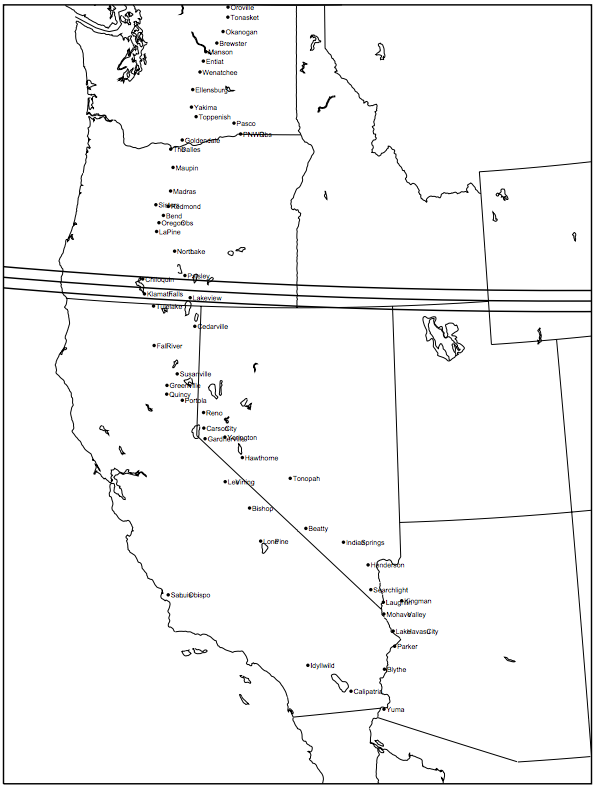 Map showing predicted centerline for 08JO41 (with uncertainty of 1511 km)

Based upon our uncertainty calculations, there is a 30% chance that the shadow will pass over a portion of the network. And as with all full campaigns, all telescope sites from Yuma to Oroville provide important data to probe the regions around 08JO41 for moons and rings. Thanks to all RECON teams for gearing up for this full campaign event.

With a diameter of around 1110 km, Classical Kuiper Belt Object Quaoar is roughly half the size of Pluto and has a small moon named Weywot. 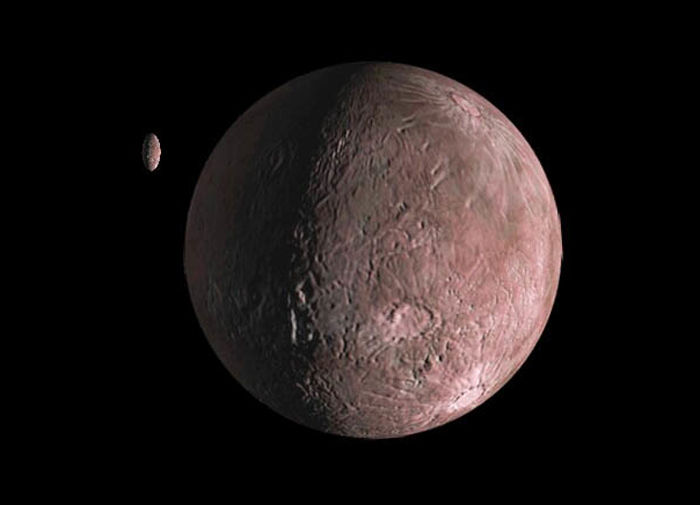 There are two upcoming close approaches that could bring the shadow path of this large KBO over the RECON network. The first is on June 26 UT and the next is on July 23 UT. If the object does pass over the network, multiple telescope sites would record this occultation. Marc and several other observers are conducting on-going observations to pin down the probabilities of success for RECON on these two dates (which are currently at 3.2% and 1.4%, respectively). However, there is something peculiar about how this recent data is matching up with previously collected orbital data. Given this, we are announcing these events as optional campaigns for the network and encouraging all RECON teams that are available to participate. We will provide weekly updates leading up to these events, so stay tuned.