Much of the network was clouded out for the two mid-July events, (1177) Gonnessia and (240) Vanadis.  Nevertheless, two teams were fortunate enough to capture an occultation: Quincy and Cedarville respectively.

For Gonnessia, Greenville recorded a miss and Quincy had a positive event.  This places the shadow path well north of the final IOTA prediction and somewhat south of the initial NA Low Magnitude prediction.  Here is the light curve from the occultation captured by Will Anderson and Charley Arrowsmith in Quincy. 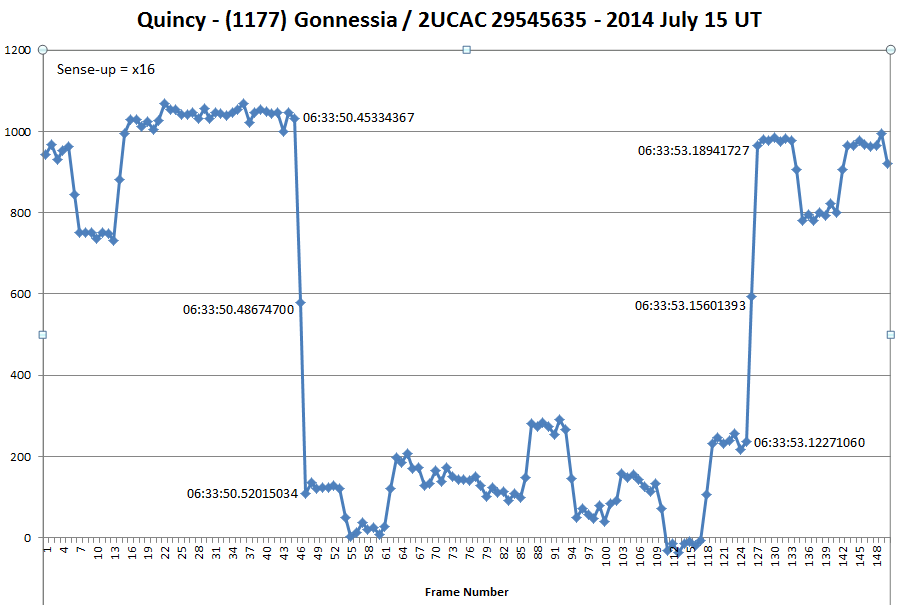 The predicted shadow path may have been more accurate on the next night for Vanadis.  Below is the light curve from the 6.373 second occultation captured by Brian Cain and Terry Miller in Cedarville.