As RECON prepares for our our upcoming campaign early Wednesday morning this week, we thought we would take this opportunity to point out some of the interesting information found on the Event Detail Page for each RECON event.

For our upcoming event, teams should print out both of the following important webpages:

The Event Detail Page for every campaign starts with useful information characterizing the event. 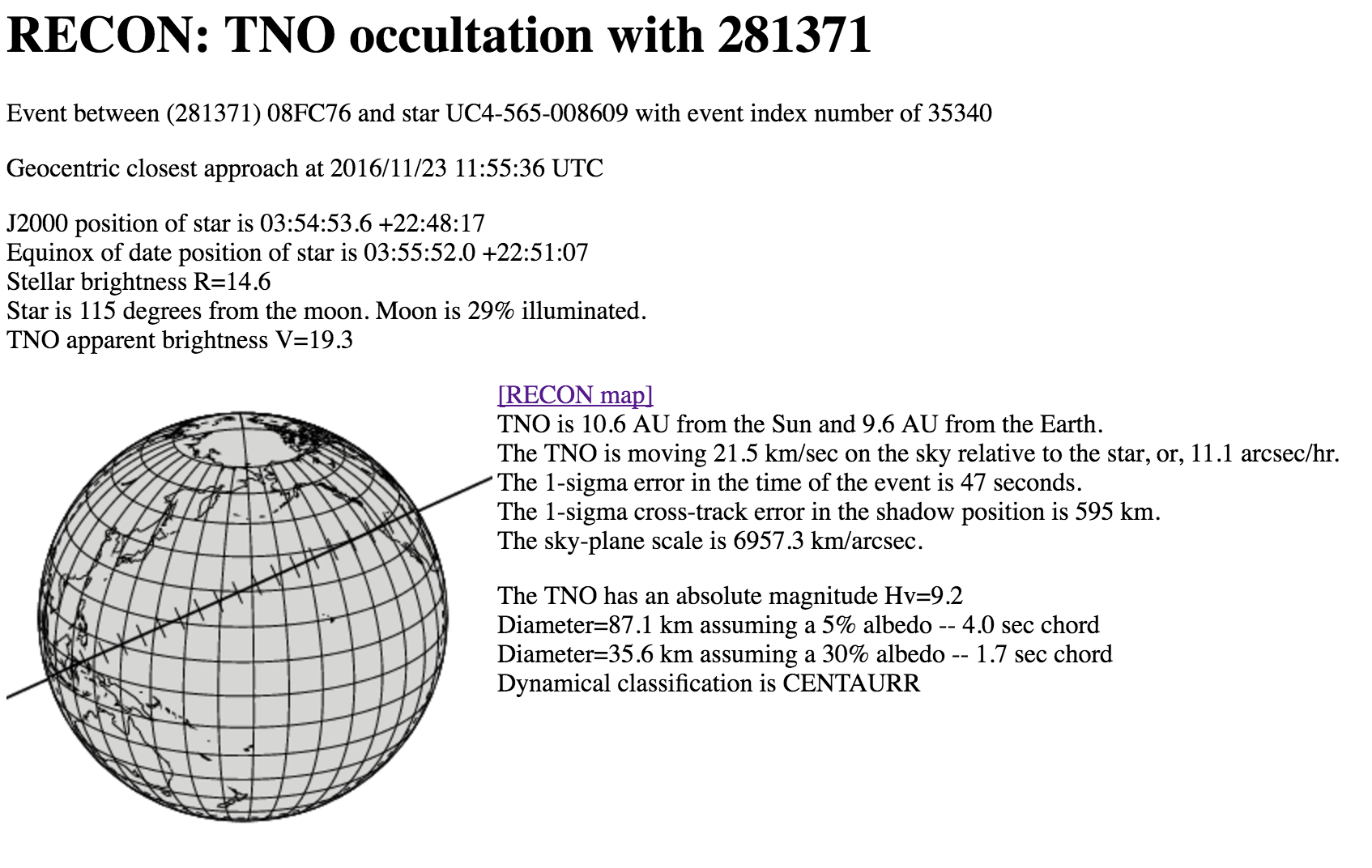 Next, we provide teams with a star training set. This is a list of 5-6 stars, in addition to the target star, that can be used to provide an indication of how accurately the telescope is aligned and in what direction. You’ll notice that the magnitudes of the stars listed are going from brightest (mag 0.8) to dimmest (mag 14.6), and that the separation between the star and the target is getting smaller (from 11.52 degrees down to 0.24 degrees). By pointing the telescope at each object, the team can get a sense of where the target is likely to appear in the camera field of view when they use the final coordinates for TNO (281371) 08FC76.

Following this, an automatically generated star chart shows nearby stars along with a green rectangle representing the RECON camera field of view. Note that we are still tweaking how this star chart displays, and for now the star chart provided on the Event Page is a better depiction of the star field at the actual time of the event.

Finally, we provide a table listing all of our RECON sites along with useful information unique to each location. Among other information, the text just above the table provides an indication of the median spacing of the RECON network for this event (26.8 km) and the probability of success assuming clear skies (67.1%). These REALLY good odds for TNO occultation astronomy are only made possible by our awesome network of team members spanning a baseline of roughly 1,700 km. The probability takes into account the uncertainty in the position of the TNO and the target star, the estimated size of the object, and the median spacing of telescopes across the network. 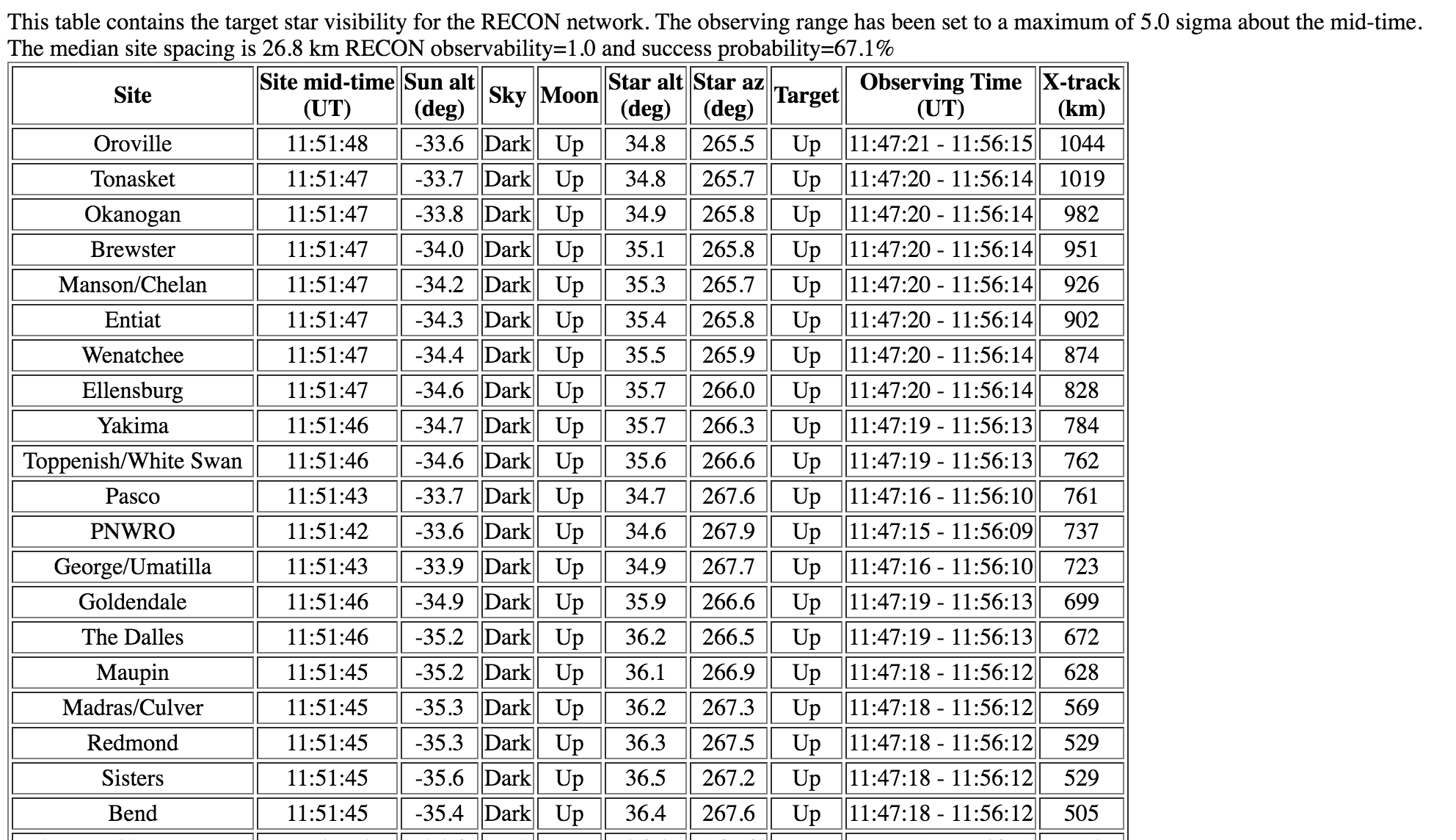 For each RECON site, you can read off the following information:

As with all science, RECON is a work in progress, and we will continue to refine our predication and observation planning tools. All of the above useful information is available for each occultation prediction found on the Global TNO Event Candidate List and RECON TNO Event Watchlist. Each of these lists is updated weekly and provides predictions looking two years into the future – including our next RECON event after this week involving Centaur 14UT114 on 11 December, 2016 UT.